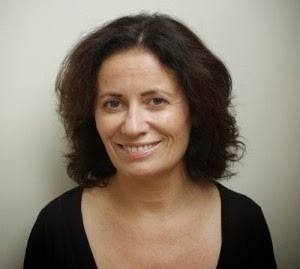 Madeleine DArcy was born in Ireland and later spent thirteen years in the UK. She worked as a criminal legal aid solicitor and as a legal editor in London before returning to Cork City with her husband and son.

In 2010, she received the Hennessy First Fiction Award and the overall Hennessy Award of New Irish Writer. Madeleines début collection of short fiction, Waiting For The Bullet, was published by Doire Press, Ireland, in April 2014. The book won the Readers Choice Award as part of the Edge Hill Short Story Prize 2015 (UK).

Madeleine was a scholarship student on the inaugural MA in Creative Writing in UCC from 2013-2014 (First Class Honours). A short film of her story Dog Pound, featuring the distinguished Irish actor Frank Kelly, was premièred at the Hennessy Literary Awards in April 2014 and can be viewed on You Tube: https://www.youtube.com/watch?v=PSl3orufx.

She has been awarded bursaries by the Arts Council of Ireland and by Cork City Council. For more information, please see her website: www.madeleinedarcy.com.